😍 Free Shipping on all orders! 😍

NOVEMBER SALE! Entire Stock at 19% off! 😍 Free Shipping on all orders! 😍 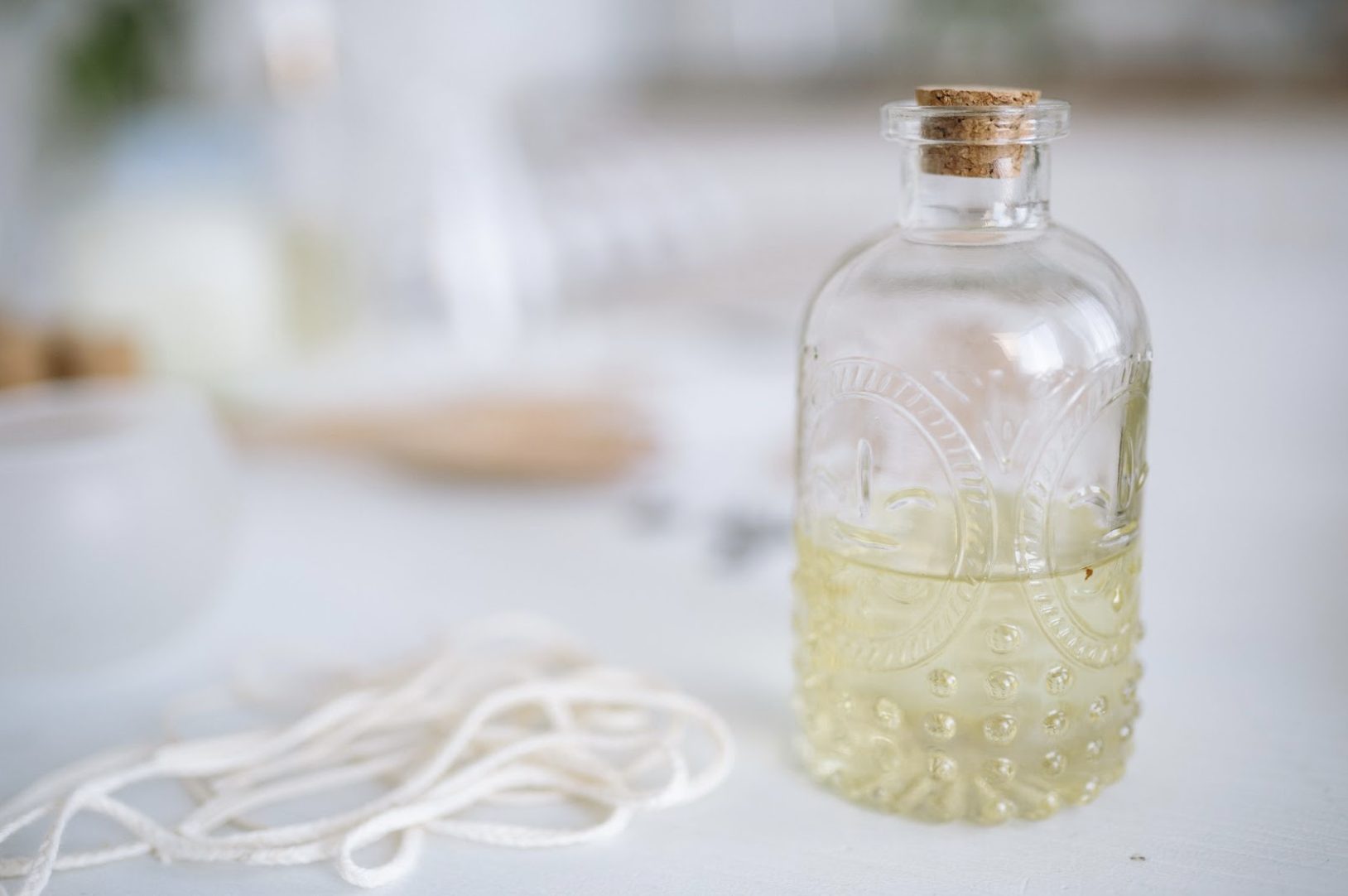 In recent times, we have seen a trend towards naturalness. This is especially true for natural medicines used for centuries by our ancestors. Castor oil is experiencing a renaissance. Ricin is one of the oldest natural compounds used in folk medicine as a laxative. But it turns out that castor oil works wonderfully in the cosmetics industry too. What exactly is castor oil? Is it a good or bad idea to use it? Why are some people hesitant to use it? Are they right or wrong?

What is castor oil?

Castor oil is vegetable oil. It’s a multipurpose combination derived from the castor-oil plant called Ricinus communis. To be more precise, the oil is made from the seeds of the plant, known as castor beans. Those beans contain ricin, which is a toxic enzyme. Before you come to the conclusion that it’s better to avoid something toxic, let us explain. Due to the oil heating process, the ricin deactivates, which means it becomes 100% safe.

Castor oil contains glycerol esters of ricinoleic acid. The oil is cold pressed for medical purposes. It has the aroma of nuts. It has a thick consistency and is colorless with a few exceptions — sometimes, it has a light yellow tint. Most castor oil comes from India, Africa, and Brazil. Castor oil has many benefits (such as a relatively low price), which is why many people decide to reach for it. As castor oil is so beneficial for us, it’s worth having it at home.

What is the vegetable oil used for?

In today’s world, we can use castor oil to get rid of ailments and broadly understood skin problems. That’s why cosmetics manufacturers often decide to add castor oil to natural beauty products. Castor oil is used in medicine. That’s not all, though — it can also be used in the following industries: the cosmetics industry, the pharmaceutical industry, the chemical industry and even the food industry! Castor oil is pretty often added to cosmetics (mostly skin care products), soaps, moisturisers, face washes, face masks, ointments, and perfume.

What’s more, choose castor oil if you’re looking for a life-changing hair growth oil. It nourishes the scalp, and it protects strands. It “creates” a healthy environment on the scalp by making hair grow faster and stronger. It nurtures fragile hair follicles, which makes the oil useful in hair loss cases. The best solution is to use it once a week, for no longer than 30 minutes.

You should also know that castor oil can make your eyebrows and lashes grow. Brows become bushy, while lashes become long and luscious. There are some people who question the effectiveness of castor oil, but it’s always worth trying. How to use this oil on eyebrows? First of all, you have to make sure that your eyebrows are free of makeup. You can use a cotton swab. You are free to use a clean mascara wand if you prefer. The key is to wipe just a few drops of castor oil over the eyebrows. Then, massage the oil into your eyebrows. Pretty simple, right?

What are the most important properties of castor oil?

The truth is that we can benefit from castor oil — there are many advantages! What does castor oil do for us? What are castor oil’s beneficial properties? Let’s get to know them all!

Is castor oil safe for daily use?

You have just read about the many advantages of castor oil. But… does it have any negatives? We have to keep in mind that using castor oil every single day is not the best idea. Castor oil in small doses is a much better and safer option.

Comedogenicity seems to be a bit controversial topic, especially in the case of castor oil. Is castor oil comedogenic? Generally, it isn’t considered to have such properties, meaning it shouldn’t cause breakouts and clogged pores. However, we can say that it all depends on the skin type.

There’s a comedogenic scale from 0 to 5, where 0 means “Does not clog pores” and 5 means “High chance of clogging pores”. Castor oil is rated 1. In other words, there is a small chance that castor oil will clog your pores. There’s a trick: dilute castor oil with sweet almond oil (a few drops would be enough). You can mix castor oil with coconut oil or jojoba oil instead of using pure castor oil only. You can also wash off the oil after a few hours. It helps!

Summing up, we don’t have to be afraid of clogged pores and acne, and we can apply castor oil on our faces keeping in mind that each skin reacts differently, and each skin likes something different. The best idea is to stay careful and observant. In the case of an allergic reaction, you will know that you should look for some other oils.

Who should use castor oil?

Castor oil can be used by sensitive skin owners. However, someone with oily or combination skin can benefit from that oil too. It will help the ones who struggle with acne. It is suggested that people with visible wounds should make the most of castor oil. Both men and women no longer have to look for something to help them deal with such problems — castor oil is everything they need!

Other areas of application for castor oil

Castor oil can be taken orally; however, we need to remember that large amounts can be poisonous. What’s also interesting is that in the past, castor oil was used in many unobvious ways. For example, in Ancient Egypt, people exploited it as fuel in lamps. Another idea was to use it in the case of eye irritation. If you believe the legend, Cleopatra claimed castor oil could make the whites of her eyes look brighter.

Nowadays, castor oil is sometimes used for the production of sweets. We can also use it to make rice and wheat last longer. When it comes to castor oil properties unrelated to skin care, it has laxative effects – it stimulates digestion and relieves constipation due to its Omega-9 fatty acid composition. It has a pain relief effect – it helps relieve menstrual cramps and joint pain. Also, it helps induce labour when necessary.

However, it is worth using this type of oil in moderation. If we overuse it, vomiting, abdominal cramping, nausea, and diarrhea may occur. In other words, it means that castor oil is not suitable for long-term treatment. Actually, we should consult a doctor before using this oil, as it is a professional’s job to make sure that it’s safe for you.

There’s a famous saying that goes: safety first. If we want to use castor oil safely, we need to follow certain rules. We should never ever take castor oil on an empty stomach. Previously we mentioned that inducing labour when necessary is the advantage of castor oil. Let’s think of it in a different way. Pregnant women shouldn’t use it because it can increase the risk of premature birth. One more thing to remember – taking castor oil and other medicines (such as diuretics) at the same time may be too much and may reduce the potassium content. Remember always to consult a specialist.

Castor oil has much more advantages than disadvantages. Using it can be highly beneficial to us all. Let’s just think about dry skin, joint pain, period pains, problems with acne, and hair which doesn’t grow. With castor oil, all those problems disappear. However, we need to use this oil wisely. Life experience shows that too much of it is harmful. 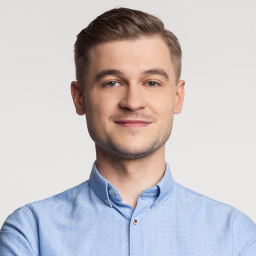 We are here to help

We use cookies on our website to give you the most relevant experience by remembering your preferences and repeat visits. By clicking “Accept”, you consent to the use of ALL the cookies.
Do not sell my personal information.
Cookie SettingsAccept
Manage consent

This website uses cookies to improve your experience while you navigate through the website. Out of these, the cookies that are categorized as necessary are stored on your browser as they are essential for the working of basic functionalities of the website. We also use third-party cookies that help us analyze and understand how you use this website. These cookies will be stored in your browser only with your consent. You also have the option to opt-out of these cookies. But opting out of some of these cookies may affect your browsing experience.
Necessary Always Enabled
Necessary cookies are absolutely essential for the website to function properly. These cookies ensure basic functionalities and security features of the website, anonymously.
Functional
Functional cookies help to perform certain functionalities like sharing the content of the website on social media platforms, collect feedbacks, and other third-party features.
Performance
Performance cookies are used to understand and analyze the key performance indexes of the website which helps in delivering a better user experience for the visitors.
Analytics
Analytical cookies are used to understand how visitors interact with the website. These cookies help provide information on metrics the number of visitors, bounce rate, traffic source, etc.
Advertisement
Advertisement cookies are used to provide visitors with relevant ads and marketing campaigns. These cookies track visitors across websites and collect information to provide customized ads.
Others
Other uncategorized cookies are those that are being analyzed and have not been classified into a category as yet.
SAVE & ACCEPT